GET TO KNOW WHO WE ARE

Clear Pixel Media Labs (a subsidiary of Lee Media Enterprises, LLC) is a digital powerhouse created to impact the world one brand at a time. We exist to effectively communicate your brand message with clarity. That is our mission.

Gregory Q Lee (GQ) is a force to be reckoned with in the creative industry. He is the founder of Lee Media Enterprises, LLC and Clear Pixel Media Labs. As a toddler, Lee was fascinated with logos, soon being able to sight popular brands while riding in the backseat of his parents’ car. It was no coincidence that also, he would often emulate CD cover designs of his favorite music artists. Lee took what was once a dream as a freelance graphic designer and molded it into a business. His knack for unique designs and personalized service has kept him grounded.

Lee is a highly creative and business-oriented professional holding 20 years of experience in the creative arts field as a graphic designer. He began his journey in 2002 at the age of 16 with just his creative brain, a copy of Adobe Photoshop 5 and his mother’s Hewlett-Packard (HP) computer. His pursuit in the Graphic Design business landed him his first contract with the Radisson Hotel Cincinnati-North, where his mother was employed.

Lee made strides early in his career which garnered the attention of Team Mary Blige, who awarded him the first-place prize in her 2002 fan site contest for the album release of “Love & Life”. He was a Dean’s List high school student at Scarlet Oaks Vocational Campus in Cincinnati and managed a full-scale Gospel music website, GospelXone.com. Lee also ushered in a new trend of animated media graphics at his local church, which allowed him the opportunity to serve faithfully at Word of Deliverance Church. As the creative lead at a local print shop, Lee provided services for many local DJs, small businesses, clubs and promoters.

In 2006, Lee embarked upon a new season at Inspirational Baptist Church where his leadership skills were developed. After serving and volunteering for a few years, he was appointed media director. The weight of this position came quickly and unexpectedly. “I didn’t want this,” Lee explains. “I was simply being obedient to the call without even fully analyzing what I was getting myself into. I was simply graced for the position. It definitely wasn’t easy.” Lee developed in the areas of management, leadership, organization, broadcasting, live production, and post-production which augmented his creative skills.

Lee’s niche genre of business is music and entertainment, which has afforded him the blessing of working creatively with notable artists such as J.J. Hairston, Kim Burrell, Tye Tribbett, and others. He also partnered with record labels such as Verity, RCA Inspiration and Entertainment One by providing a range of creative work for their large roster of artists, including Michelle Williams, Tweet and Lalah Hathaway. Lee has served the recruitment division of The E.W. Scripps Company for 7 years providing news and journalism advertising graphics.

Lee’s purpose also gives him the burden and responsibility to give back to the community. In effort to give back, Lee has provided mentorship and sponsored creative services to several community initiatives throughout the Greater Cincinnati region. Lee states, “my purpose is to transform the lives of people through my creativity. If I cannot walk in purpose, fulfill my divine assignment, and inspire others with my gifts, then it is all in vain.” 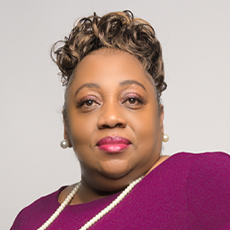